This group has been inspired by so many groups popping up around the UK, the world even, e.g. Love on the Rocks UK, Kindness Rock Project, RockUK, RCT Rocks and so many more.

Taff Rocks has its birthplace in the former Welsh mining village of Aberfan, based on the banks of the River Taff and alongside the Taff Trail.


Our Mission is: to enhance people’s lives and community cohesion through fun, inspiration, creativity and self-expression. By providing workshop experiences, we can establish meaningful connections between generations, art therapy and share love and smiles, one rock at a time.

Starting in the south in Cardiff Bay and traveling north, through the Brecon Beacons and up to the Brecon Theatre. The route, along the Taff Trail follows National Cycle Route 8.

The River Taff takes us from its beginnings as two rivers in the Brecon Beacons, the Taff Fechan, and the Taff Fawr, down through to the Severn Estuary. 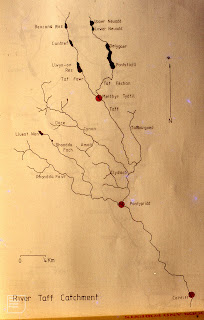 The painted rocks craze has mushroomed across the UK with artists, sometimes known as "Rockers" and is helping bring families together by way of a wholesome, family activity and away from the sofa and computer games.

You don't need to be a Van Gogh, any suitable image on a rock will work just fine, from stick people to flowers, from works of art to doodles, they're all rock-worthy works of wonder! And sure to bring a smile to someone's face.

If you have family, friends or a pen pal abroad or further afield in the UK, why not ask them to get involved by painting a rock for Taff Rocks and sharing it in their area, why not see if it can come home to this area.

If you're reading this, then creating or hunting/finding works of rock art is for you. The person next to you? It's for them too. In fact, it's for anyone, any age, any gender, the sky is the limit! The world is your oyster!

Taff Rocks is a non-profit organisation with a constitution, bank account in its own name and a management committee.

If you would like to fundraise for us, you will find us on Golden Giving. A non-profit organisation who pride themselves on their ethical giving by giving organisations, like us, as well as registered charities, the most features at the lowest cost to help us succeed in our fundraising.

Image sources: Unknown
If these are your images, please contact us