The International Sharing of Kindness with Taff Rocks 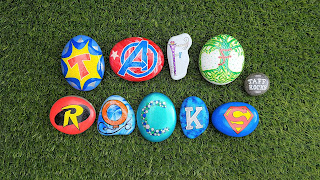 When Taff Rocks put out a call for 'rockers' / rock painters, to take part in a header project, little did we realise just how far it would go!

It all started at the beginning of July with this poster for our Facebook page. We asked for volunteers to pick a letter (that would eventually spell TAFF ROCKS) and, as long as they could get it to Taff Rocks HQ by a date in August, create away with total artistic freedom. 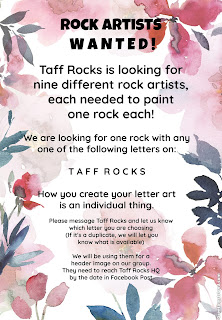 It was a very humbling experience for the co-founders who did not realise just how amazing people are! We were expecting some non-members to want to paint one, we were prepared for that. But, what we were not prepared for was how international it would become.

This international show of sharing and kindness will be forever in out hearts. We just cannot thank the artists, that took part, enough. Of course, some people did not get their 'bid' in at the outset, so we shall think of another project for those at a much later date.

Here are the details of each of these fabulous creations in the order of TAFF ROCKS: 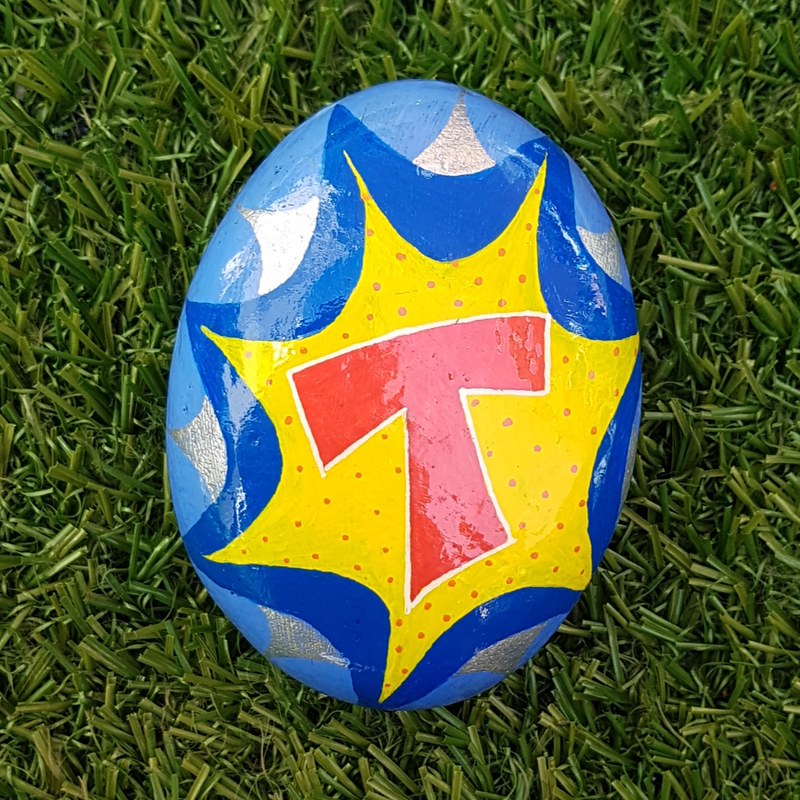 T - The letter T was created by Kathryn Mann (Artist) from England in the UK.
It's a fantastic start to the words for our header. It foreshadows the amazing explosion of artiness about to come your way. 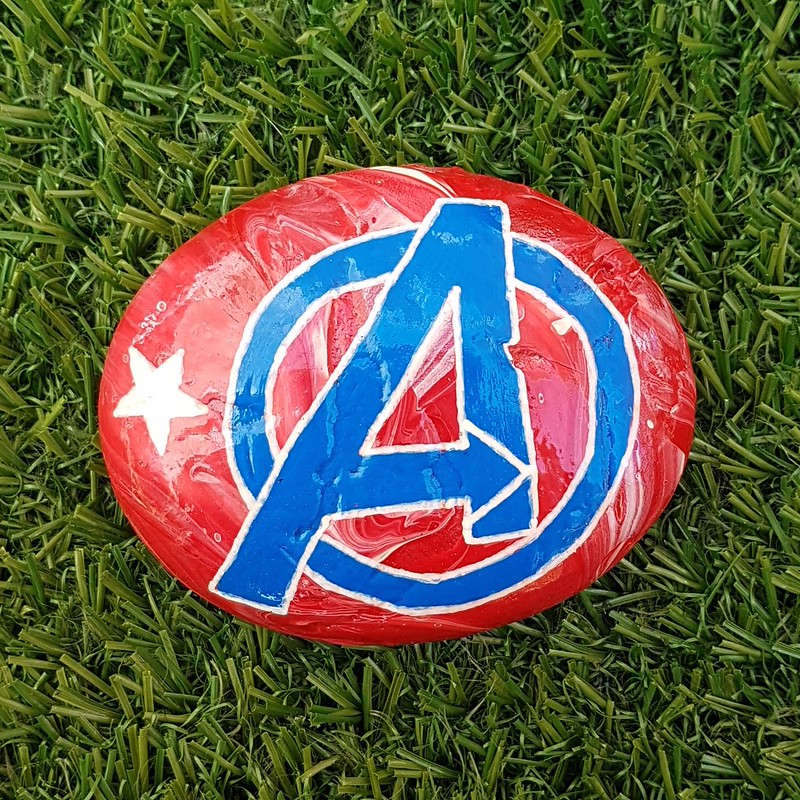 A - The letter A was created by Nicola, one of the Taff Rocks co-founders, from Wales in the UK. @taff.rocks on Instagram
Having been heavily influenced by her grandson, who is an avid Avengers fan.
She wanted her grandson to create it himself, but he insisted that 'Grandma does it." 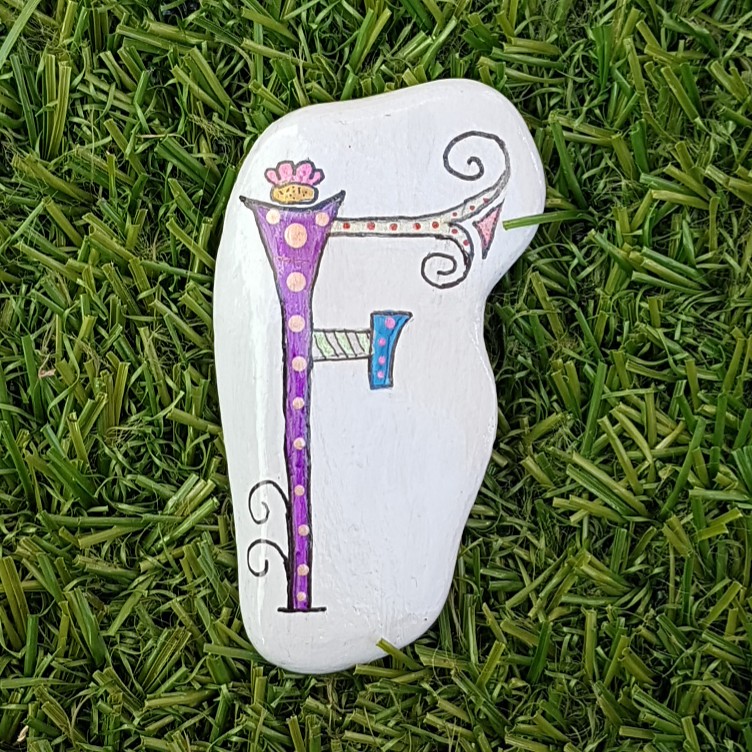 F - The first of the two F's in Taff has been created by Andie from Florencealrocks in Florence, Alabama USA
If memory serves, this wonderful rock started its journey from the shores of Lake Michigan, one of the great lakes of North America.
It then travelled all the way south to Alabama and then all the way to South Wales UK!
A beautiful rocks that already had an incredible journey! 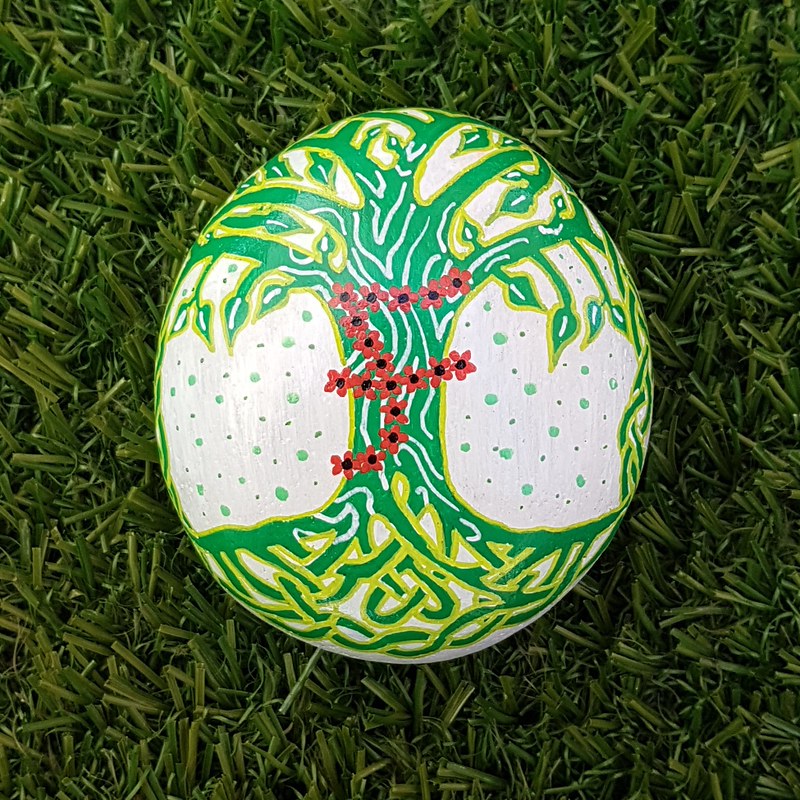 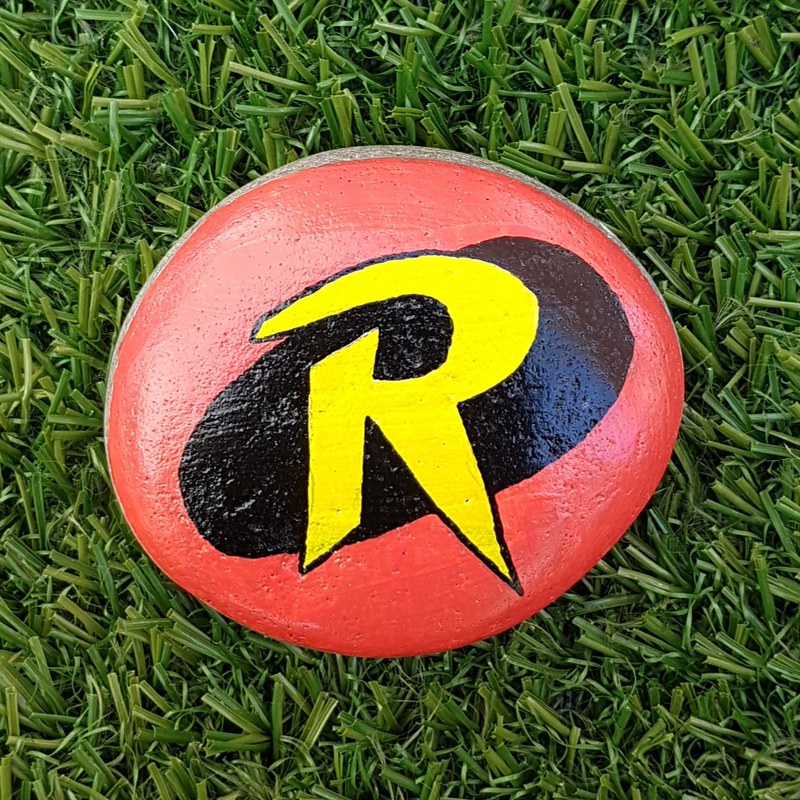 R - Our R has been created by Yve, the other co-founder of Taff Rocks.
Yve's 'specialty' is the Studio Ghibli rocks that you may see over on our group. They're so awesome that they get shared once and probably kept 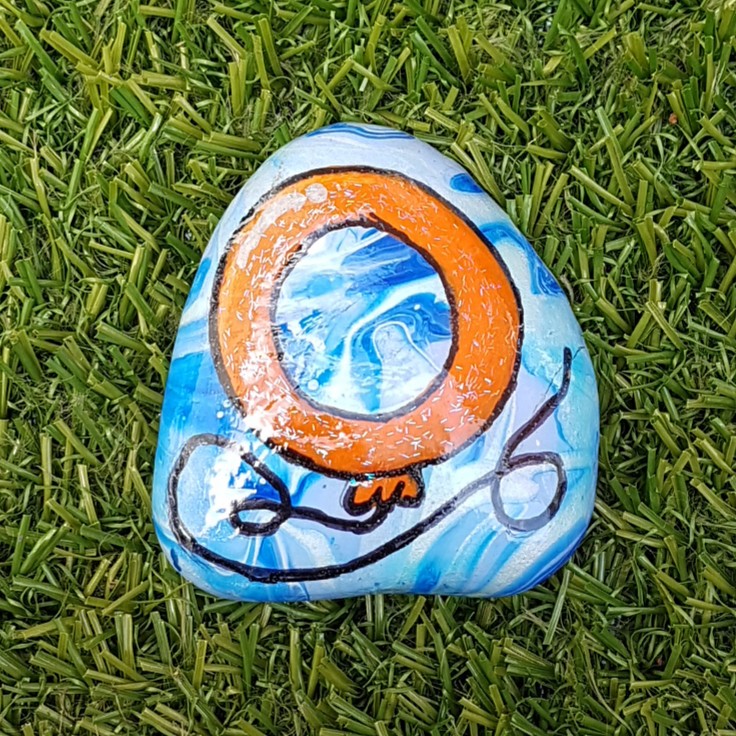 O - Now this one was a surprise! Our O was created by Jamie all the way from Australia! @PuddlesOfColour on Instagram. And it made it to the other side of the globe without a single scratch.
A wonderful balloon in flight, perfect for flying across the globe to share kindness 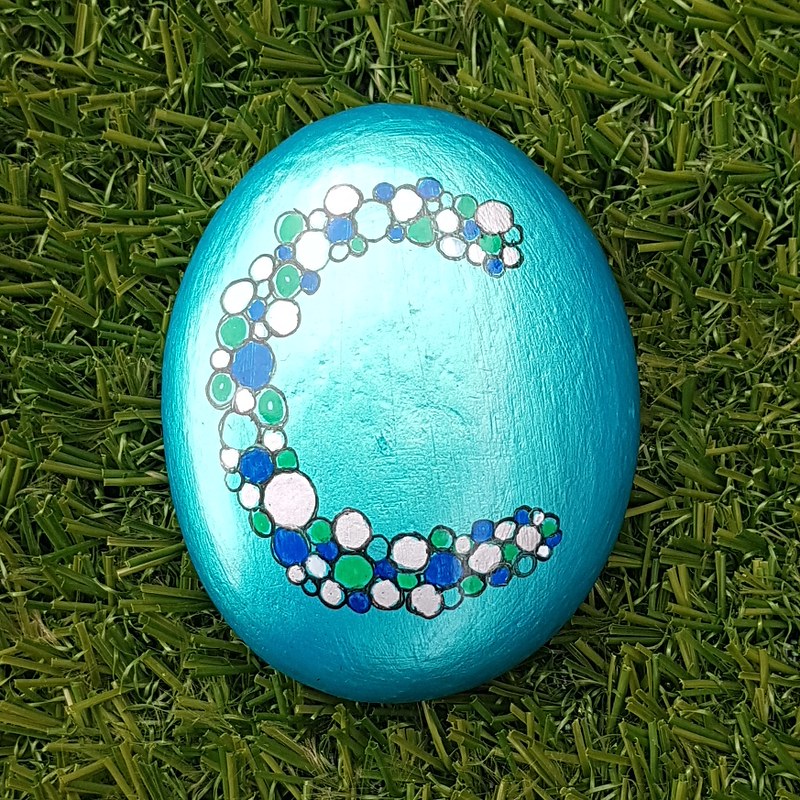 C - This sweet, bubbly rocks hails from England, UK and was created by Clare. It follows on perfectly from the previous rock in more ways than one. Balloons and bubbles just work perfectly together 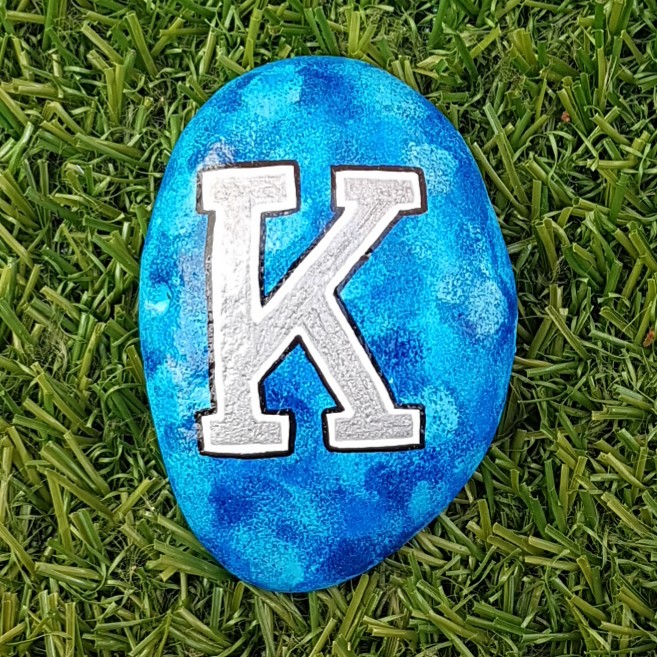 K - Our second rock to travel all the way from the USA is this brilliant letter K by Dana, @rockfun503 on Instagram. Its simplicity perfectly compliments the diversity of all the pieces received very well indeed. 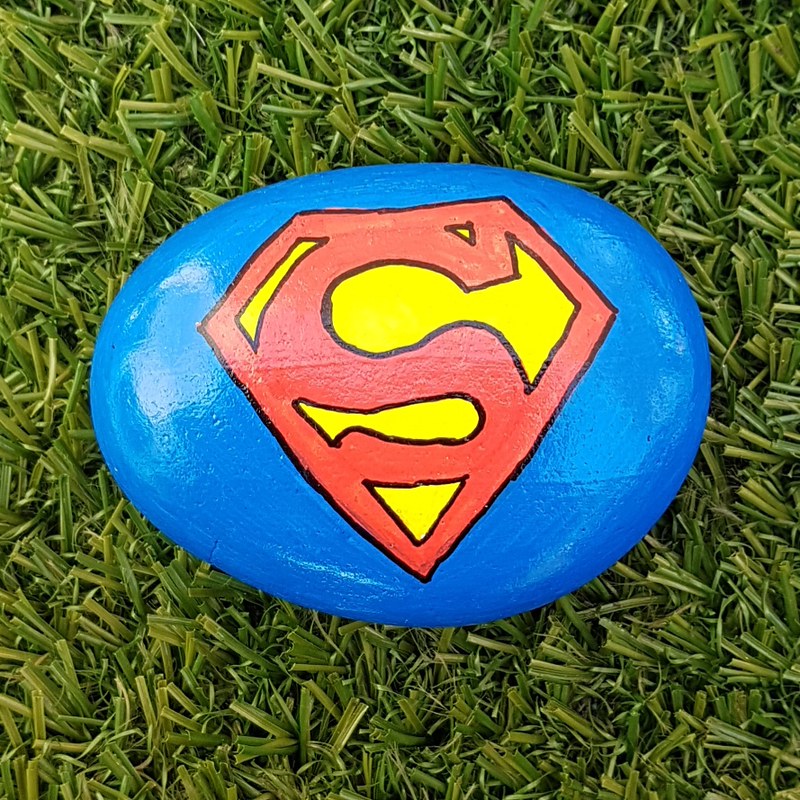 S - This last rock was started by Martin who, regrettably, was unable to complete the fine detail work by himself. Another Taff Rocks Member from Wales, UK

Taff Rocks just cannot thank everyone enough for their hard work, their time and commitment to sharing kindness with others. We are so overwhelmed by everyone's love, kindness and generosity.
Email ThisBlogThis!Share to TwitterShare to FacebookShare to Pinterest