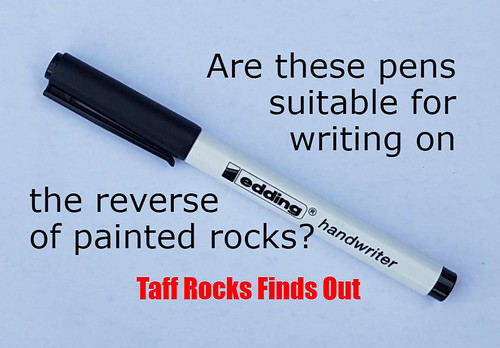 A little while ago, these pens were 'doing the rounds' on one or two rock painting groups claiming to be better on rocks than some other pens. It was claimed that they do not run or smudge when sealing.

Of course, Taff Rocks had to try a little 'experiment' to check out these claims.

Before we proceed, the manufacturer of these pens, and Taff Rocks, do not claim that they are suitable for writing on rocks.

All findings here are the personal findings and comments of the Taff Rocks member and author of this article. Taff Rocks does not make any claims and use of these pens, for your painted rocks, is at your own risk.

One of the claims were: 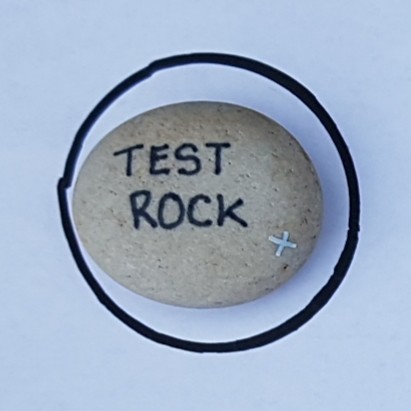 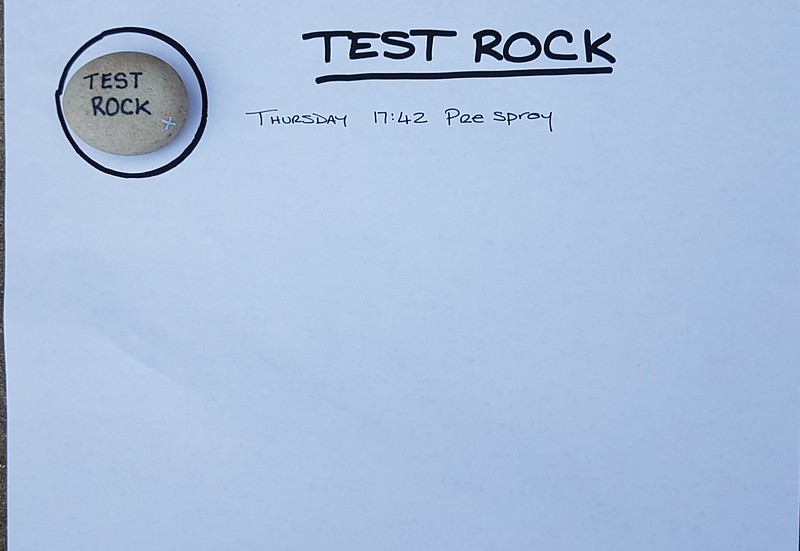 In all honesty, yes they are a wonderful handwriter and can, indeed, write on rocks.

The enlarged image above shows a small, white 'X'. This was made using an acrylic paint pen known for their ability to write on rocks. 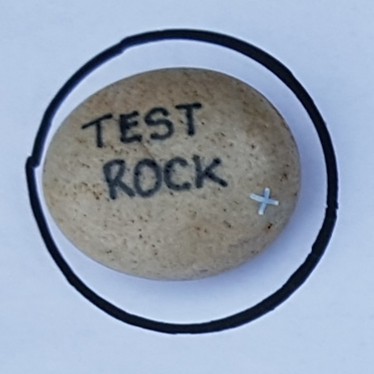 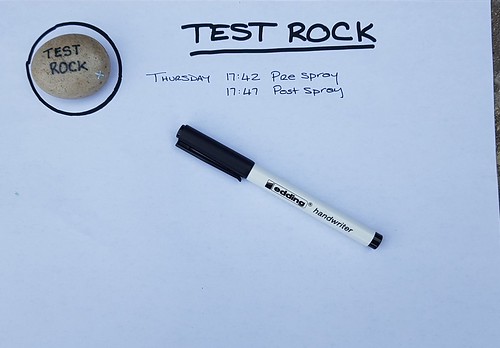 Five minutes after writing, this rock was sealed and, as you can see, the ink has / had not run or smudged.

So far so good. This rock was left to dry and then set outdoors to face the elements, as with all painted rocks.

Eighteen hours post-sealing, it was checked on and this has happened ... 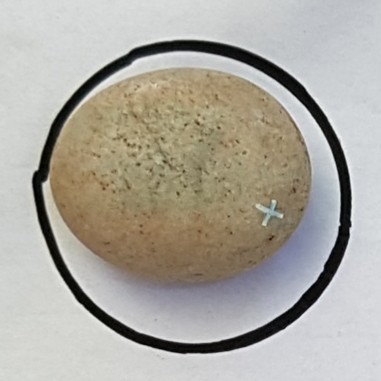 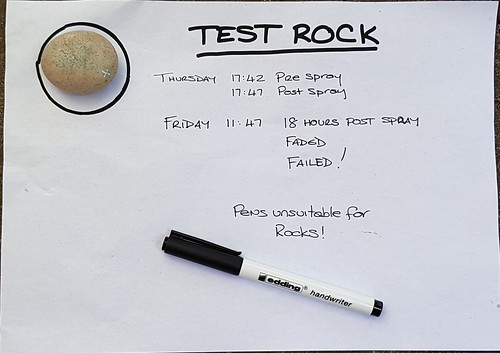 It had completely faded! The ink on the paper, made using the same pen, remained.

This brand of handwriter pen is not suitable for rocks and sealant. Therefore, on the advice of the author, Taff Rocks will not be using them.
Email ThisBlogThis!Share to TwitterShare to FacebookShare to Pinterest