Congratulations to our first ever competition winner! 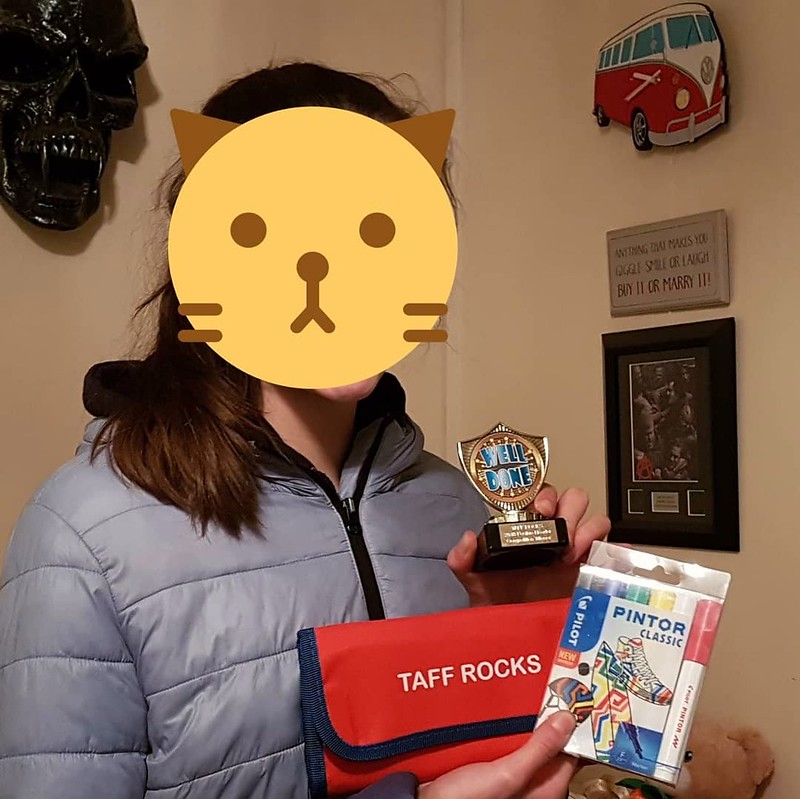 Congratulations to 13-year-old Sadie, one of our 'rockers', on winning Taff Rocks' first ever competition, with prizes other than the use of the winning image. We were looking for a Festive Header for our Facebook Group.

Her rock, a wonderful little snow globe with a snowman and fur trees is centre of attention of her piece. Behind her rock is a lovely festive heart-shaped berry garland and the whole display is framed by silver tinsel and some tiny little fairy lights.

Her imagination on how to make a simple rock looks stunning, as is proved by the fact that she won the competition. Sometimes, you just don't need lots of rocks to make a statement.

Of the competition and winning, Sadie said "Thank you very much to Taff Rocks for my prizes for the competition, [I] had fun making the rock and setting up the scene for the photo, but [I] do wish more people had got involved as it was very fun ... [I] would just like to thank Taff Rocks again for the prizes and the fun the competition brought."

The competition was open to all members as well as their family members without Facebook. Voting was open to members only. This was the fairest way to judge a winner as some members that voted were not mutual friends of any admin or entrants so they could not be influenced. The only influence available to them was the showing of all the images together.

There were six entries in total and only one, well deserving vote in it for the prize-winning entry.  Taff Rocks hope that we can get more members, old and new, involved in another competition in the new year.

We'd like to thank the persons, who want to remain anonymous, for the donations of the prizes. They included: 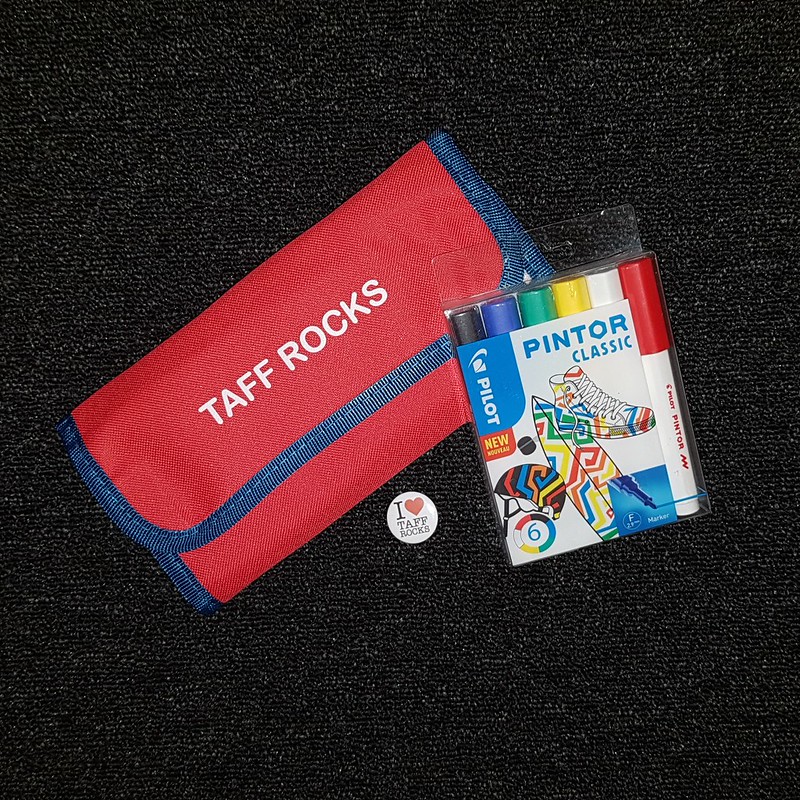 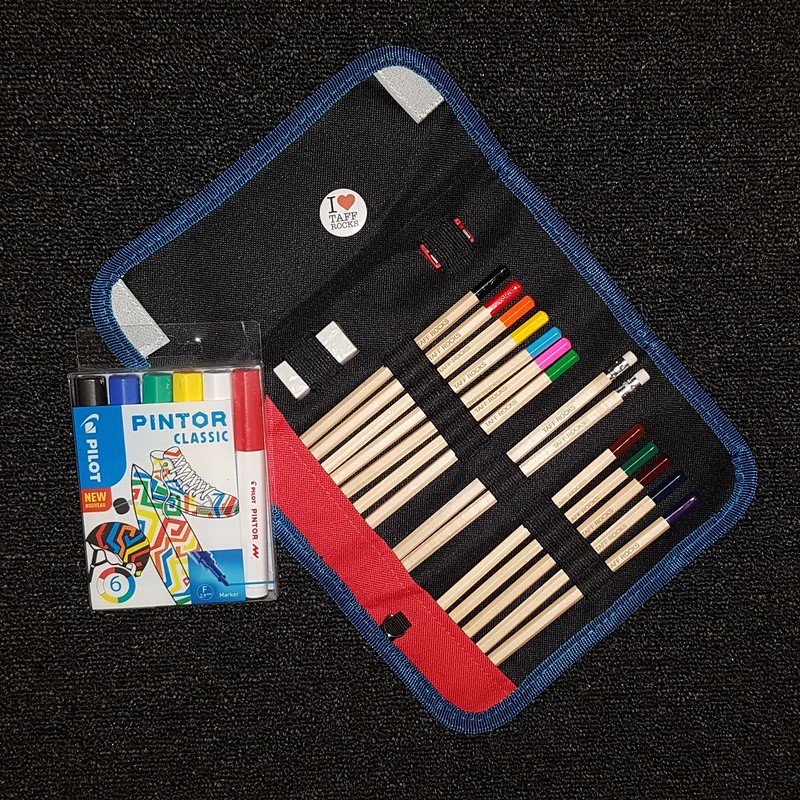 A Taff Rocks pencil case, crammed with goodies, perfect for sketching, colouring and even school. Also included is a pack of Pilot paint pens, brilliant for rock painting and used by members of the Taff Rocks admin team. Not forgetting the Taff Rocks Badge! These are also available for sale in the Taff Rocks BlogShop.

As an extra surprise and as this was our first ever competition, one of our Admin team donated this wonderful trophy as a keepsake for our winner. 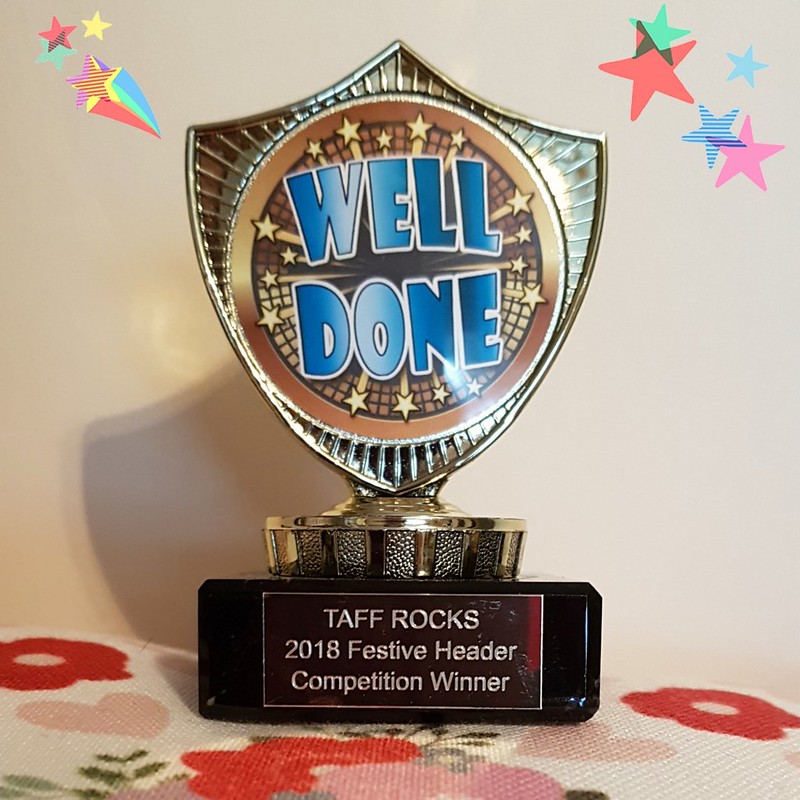 Not wanting to cover the end header image, I did as little as possible to it to add it to the group: 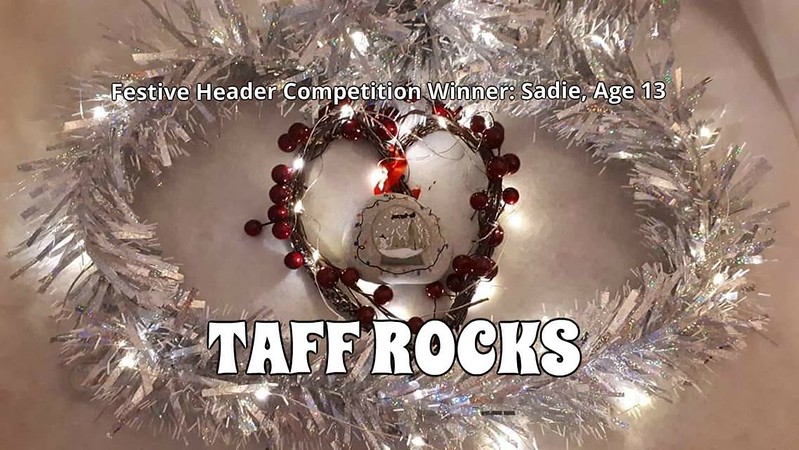 Here are how the entries were placed at the time when the voting officially finished (8pm on 8th December):

In Joint 5th Place, in no specific order:

And, of course, the prize winner:

Since the closing date and time, some images have accumulated additional votes but, alas, these cannot be counted.

On behalf of my fellow admin team members, I'd like to thank all members, creators, and voters for their involvement in our competition.

I'd also like to take a moment to thank the members of the Admin Team and also all our members for their amazing support since the conception of Taff Rocks in August 2018.
Email ThisBlogThis!Share to TwitterShare to FacebookShare to Pinterest